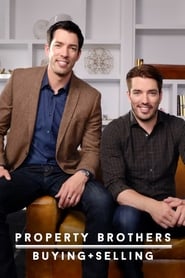 Reality series where Jonathan and Drew help homeowners take their next step up the property ladder. Featuring two pivotal real estate moments, double the stress, and twice the manpower, first Jon renovates the family's home for a successful sale, while Drew hunts down the best options for the family's next property and oversees the selling and buying.

Shows for Fans of Property Brothers: Buying and Selling