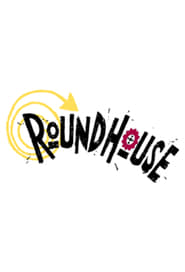 Roundhouse is an American sketch comedy television series that aired on Nickelodeon from 1992 through 1996.

Shows for Fans of Roundhouse