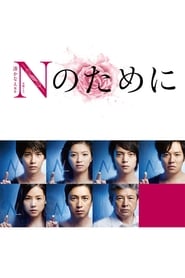 University student Sugishita Nozomi, Naruse Shinji, Ando Nozomi and Nishizaki Masato end up coming upon the scene of the murder of the Noguchi couple, because of a plan they had devised. Nishizaki is arrested at the scene and is given a 10-year prison term because of his voluntary confession. 10 years later, Takano Shigeru, a former police officer who has misgivings about the verdict of this case, starts to pursue the truth. He is convinced that it all began as a result of an incident caused by Nozomi and Naruse on an island in the Seto Inland Sea in the summer 15 years. “They committed a crime at that time. It was for the sake of each N.”

Best Episodes of Testimony of N

Worst Episodes of Testimony of N

Shows for Fans of Testimony of N