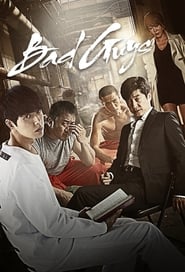 To combat rising violent crimes, the Police Chief asks Detective Oh Goo Tak to form a team consisting of criminals. He is currently suspended from the police force for using excessive force. He then gathers team members: Park Woong Chul who is a gangster, Lee Jung Moon who is the youngest serial killer with extraordinary intelligence and Jung Tae Soo who is a contract killer. Police Inspector Yoo Mi Young also joins the team and she tries to have these guys work as a team by dealing with them rationally and sometimes emotionally.

Shows for Fans of Bad Guys