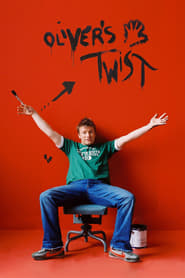 Chef Jamie Oliver invites people to his flat, where he prepares a meal, sometimes for a special occasion, and sometimes just to share his cuisine. Each episode frequently includes footage of him shopping for a particular ingredient - and riding around London on a scooter.

Shows for Fans of Oliver's Twist