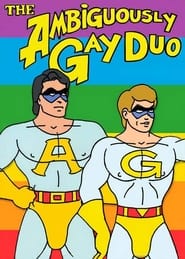 The Ambiguously Gay Duo is an American animated comedy sketch that debuted on The Dana Carvey Show before moving to its permanent home on Saturday Night Live. It is created and produced by Robert Smigel and J. J. Sedelmaier as part of the Saturday TV Funhouse series of sketches. It follows the adventures of Ace and Gary, voiced by Stephen Colbert and Steve Carell, respectively, two superheroes whose sexual orientation is a matter of dispute, and a cavalcade of characters preoccupied with the question.

Shows for Fans of The Ambiguously Gay Duo