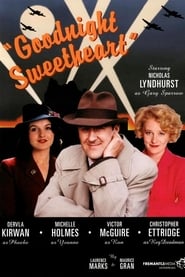 Gary Sparrow is an ordinary bloke in 1990s Britain, married to the ambitious Yvonne and working as a TV repairman. Then his whole world changes when he stumbles upon a portal to WWII-era London and begins a dual life as an accidental time traveler.

Shows for Fans of Goodnight Sweetheart