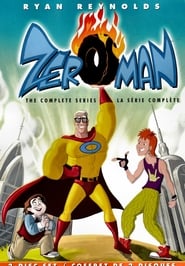 Zeroman is a Canadian animated television series that aired on the Canadian cartoon network Teletoon and on Télétoon. It tells the adventures of incompetent sixty-six-year-old postman Les Mutton who also happens to be the superhero known as Zeroman. As Zeroman, Les fights the crime that plagues Fair City in a similar fashion to Nielsen's Lieutenant Frank Drebin character in the Naked Gun series. Although a second season was once announced as in production, the death of Leslie Nielsen guaranteed that another season will not happen.

Shows for Fans of Zeroman