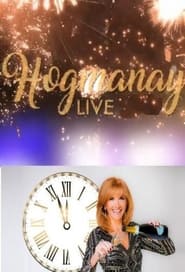 Hogmanay Live is BBC Scotland's annual live event programme broadcast from either Edinburgh Castle's Great Hall or BBC Pacific Quay on Hogmanay. Regardless of location, the programme rings in the New Year with the firing of Edinburgh Castle's One O'Clock Gun and the subsequent fireworks and celebrations in Edinburgh. Occasionally the programme is networked across the United Kingdom on BBC One and it is also streamed live over bbc.co.uk on the internet. The programme features a mixture of Scottish contemporary and folk music, with some past programming also featuring live coverage of parts of the Princes Street concert in Edinburgh. The show was most famously presented by Jackie Bird, but has also been hosted by Susan Calman and currently Edith Bowman