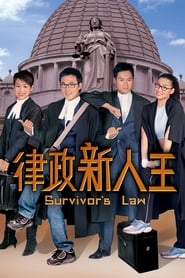 With his casual dress, unconventional work methods, and laidback attitude, Lok Bun doesn't exactly fit into the usual image of a lawyer, but he has a warm heart and a head full of unexpected ideas. The polar opposite of Lok Bun, Ching Ling is extremely serious and thorough about her work, but sometimes lets emotions affect her judgment. A rising star in the field, the ambitious and strong-minded Wai Ming becomes colleagues with Lok Bun and Ching Ling because he wants to escape the restrictions and hierarchy of a big firm. Completing the team is timid Si Ga who puts love before work. The four young lawyers go through the trials and triumphs of practicing law together, but their friendship is put to the test by romantic conflicts, career ambitions, and cases that hit too close to home.