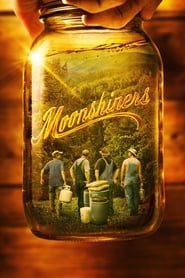 Think the days of bootleggers, backwoods stills and "white lightning" are over? Not a chance! It's a multi-million dollar industry. But perhaps more importantly to the moonshiners, it's a tradition dating back hundreds of years, passed down to them from their forefathers. It's part of their history and culture. While this practice is surprisingly alive and well, it's not always legal. Moonshiners tells the story of those who brew their shine - often in the woods near their homes using camouflaged equipment - and the local authorities who try to keep them honest. Viewers will witness practices rarely, if ever, seen on television including the sacred rite of passage for a moonshiner - firing up the still for the first time. They will also meet legends, including notorious moonshiner Marvin "Popcorn" Sutton.

Shows for Fans of Moonshiners