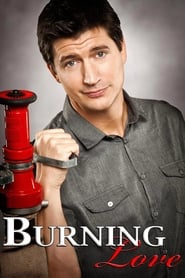 Burning Love is a scripted comedy series which is a web spoof of the television shows The Bachelor, The Bachelorette and Bachelor Pad. Depending on the season, the show either follows a man or a woman who is looking for the perfect mate from a pool of contestants, or has contestants living together in a mansion competing for a cash prize. Ben Stiller is executive co-producer. Season 1 showcases fireman Mark Orlando as the bachelor. Season 2 of the series, which premiered in February 2013, stars June Diane Raphael reprising her role as season 1 contestant Julie, now the bachelorette given the chance to find the perfect man. Season 3 also premiered in 2013 and starred former contestants from Seasons 1 and 2 competing for a $900 prize rather than for love.

Shows for Fans of Burning Love