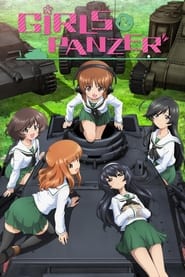 In this world, Sensha-do (戦車道), the art of tank-combat, is a traditional Japanese martial art for girls. Miho, a girl who just transferred into the Ōrai Girls' Academy in Ibaraki Prefecture, has been ordered by the academy's student council chairperson to join the school team and compete in the national Sensha-do championships.