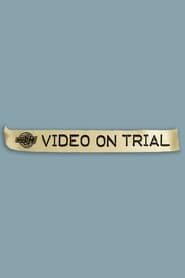 Video on Trial is a Canadian comedy television program that airs on Canadian television network MuchMusic. The show consists of a panel of musicians, comedians, and entertainment columnists critiquing five different music videos in a courtroom-esque manner. The panel acts as the jurors, poking fun at and questioning each artist's behaviour in each video. Artists' personal lives and off-set behaviour are usually mocked by the critics in relation to the music video. They are shown in separate clips to use their opinions. Since its debut on August 15, 2005 the show has broadcast a total of 224 episodes, and the eighth season of the show started airing on January 23, 2013. Video on Trial has become one of the most highly rated and successful shows on MuchMusic, attracting a dedicated cult following and has garnered a Gemini Award nomination.

Best Episodes of Video on Trial

Worst Episodes of Video on Trial