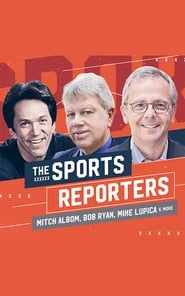 The Sports Reporters is a sports talk show that airs on ESPN at 9:30 a.m. ET every Sunday morning. It is broadcast from Bristol, Connecticut at the main ESPN studios. However, before 1999, it was broadcast from a studio in Manhattan. and from 1999-2010 it was recorded at the ESPN Zone at Times Square in Manhattan before it closed. The format of the show is a roundtable discussion among four sports media personalities, with one regular host and three rotating guests. The show began in 1988, patterned to some extent after the successful Chicago-based syndicated show called Sportswriters on TV.

Best Episodes of The Sports Reporters

Worst Episodes of The Sports Reporters