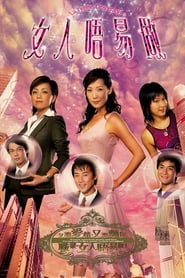 Inspired by the American series, "Desperate Housewives", the show features three pairs of couples and the roles women play in these relationships: A couple with a seven-year age gap; an ambitious couple who begins to realize the consequences of climbing the corporate ladder; and a traditional couple conflicted between the traditional and modern stereotypes of women in society.