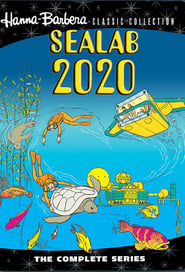 Sealab 2020 is an American animated television series produced by Hanna-Barbera. The show premiered on NBC on September 9, 1972. The series aired its 13th and final episode on December 2, 1972, with three episodes unaired. As with most Hanna-Barbera series, the show is in occasional rotation on Boomerang, the TV channel that owns the Hanna-Barbera archives.