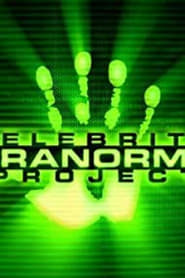 Celebrity Paranormal Project is a paranormal reality television series that originally aired from October 22, 2006 to November 1, 2007 on VH1. The show is currently on hiatus, so it is unknown if VH1 will re-air the show and begin with a second season. Except for a different title and usage of celebrities, the VH1 show is identical to MTV's Fear. The show since been released and available on iTunes and Xbox Live. All eight episodes are also available for free streaming on Hulu.