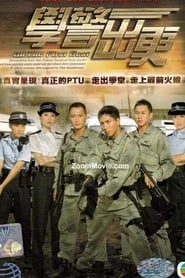 On the First Beat is a TVB modern action series broadcast in June 2007. The series is a direct sequel to 2005's The Academy. The main cast features Ron Ng, Sammul Chan and Chin Ka Lok from the original series and new cast including Michael Tao, Sonija Kwok, Joey Yung, Kenny Kwan and Kate Tsui. The story continues on with the two male leads in the series with their growth as young police officers with personal conflicts in their bonds as friends and romantic relationships. The drama is about the life of a group of Hong Kong police officers and cadets inside and outside of work. A direct sequel, E.U. was produced and airred in 2009 continued with Ron Ng and Sammul Chan, alongside Michael Miu, Kathy Chow, Elanne Kwong, and Michael Tse.

Best Episodes of On The First Beat

Worst Episodes of On The First Beat

On The First Beat Episode Guide