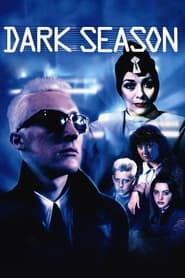 Dark Season is a British science-fiction television serial for adolescents, screened on BBC1 in late 1991. Comprising six twenty-five minute episodes, the two linked three-part stories tell the adventures of three teenagers and their battle to save their school and their classmates from the actions of the sinister Mr Eldritch. It was the first television drama to be written by Russell T Davies, and is also noteworthy for co-starring a young Kate Winslet in her first major television role.

Shows for Fans of Dark Season