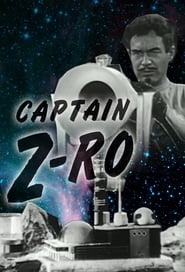 Captain Z-Ro is an American children's television show that ran locally on KRON in San Francisco beginning in November 1951, and was later nationally syndicated in the United States, ending its run of original episodes on June 10, 1956. It remained in syndication until 1960. Modeled on the science fiction space operas popular at the time, it featured sets and costumes emulating the futuristic designs of Buck Rogers and Flash Gordon.

Shows for Fans of Captain Z-Ro