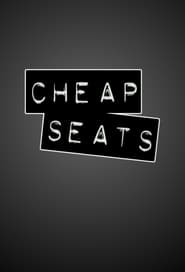 Cheap Seats without Ron Parker, commonly shortened to Cheap Seats, is a television program broadcast on ESPN Classic hosted by brothers Randy and Jason Sklar. The brothers appear as fictional ESPN tape librarians who amuse themselves by watching old, campy sports broadcasts and wisecracking about them. Cheap Seats debuted on February 4, 2004, with an episode that showed ESPN sportscaster "Ron Parker" getting buried under a shelf full of tapes, forcing the Sklars to fill in, as they were behind Parker on the "hosting depth chart". The founding production team behind "Cheap Seats" included Mark Shapiro, Showrunner, Todd Pellegrino, James Cohen and Joseph Maar. Cheap Seats was originally an hour-long program. There were about 10 one hour-long episodes in the first season, all of which were subsequently cut down to fit a 30 minute time slot.