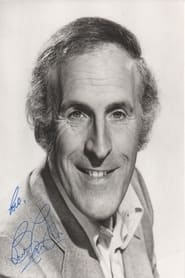 The Generation Game was a British game show produced by the BBC in which four teams of two competed to win prizes. The programme was first broadcast in 1971 under the title Bruce Forsyth and the Generation Game and ran until 1982, and again from 1990 until 2002. The show was based on the Dutch TV show Een van de acht, "One of the Eight", the format devised in 1969 by Theo Uittenbogaard for VARA Television. Mrs. Mies Bouwman - a popular Dutch talk show host and presenter of the show - came up with the idea of the conveyor belt. She had seen it on a German programme and wanted to incorporate it into the show. Another antecedent for the gameshow was 'Sunday Night at the London Palladium' on ATV, which had a game called Beat the Clock, taken from an American gameshow. It featured married couples playing silly games within a certain time to win prize money. This was hosted by Bruce Forsyth from 1958, and he took the idea with him when he went over to the BBC. During the 1970s, gameshows became more popular and started to replace expensive variety shows. Creating new studio shows was cheaper than hiring a theatre and paying for long rehearsals and a large orchestra, and could secure a similar number of viewers. With less money for their own productions, a gameshow seemed the obvious idea for ITV. As a result many variety performers were recruited for gameshows. The BBC, suffering poor ratings, decided to make its own gameshow. Bill Cotton, the BBC's Head of Light Entertainment, believed that Bruce Forsyth was best for the job. For years, The Generation Game was one of the strong shows in the BBC's Saturday night line-up, and became the number one gameshow on British television during the 1970s, regularly gaining over 21 million viewers. However, things were about to change. LWT, desperate to end the BBC's long-running ratings success on a Saturday night, offered Forsyth a chance to change channel to host The Big Night.

Best Episodes of The Generation Game

Worst Episodes of The Generation Game

Shows for Fans of The Generation Game