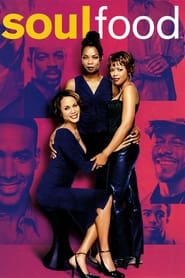 Soul Food: The Series is a television drama that aired Wednesday nights on Showtime from June 28, 2000 to May 26, 2004. Created by filmmaker George Tillman, Jr. and developed for television by Felicia D. Henderson, Soul Food is based upon Tillman's childhood experiences growing up in Wisconsin, and is a continuation of his successful 1997 film of the same name. Having aired for 74 episodes, it is the longest running drama with a predominantly black cast in the history of North American prime-time television.

Shows for Fans of Soul Food