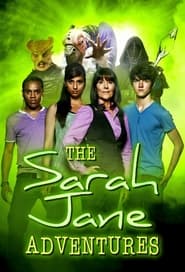 A British science fiction television programme that was produced by BBC Cymru Wales for CBBC, created by Russell T Davies and starring Elisabeth Sladen. It was a spin-off of the long-running science fiction show Doctor Who and focused on the adventures of Sarah Jane Smith, an investigative journalist who, as a young woman had numerous adventures across time and space with the Doctor.

Shows for Fans of The Sarah Jane Adventures