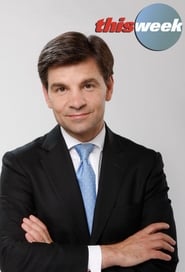 This Week is the Sunday morning political affairs program airing on the ABC television network. The program is currently hosted by George Stephanopoulos, who also serves as co-anchor of the network's morning news program Good Morning America. Former Good Morning America and World News Tonight anchor Charles Gibson performs the voice-over heard during the opening titles of This Week. The program is initially aired at 9:00 a.m. Eastern Time, although many stations air the program at a later slot, especially those in other time zones.

Best Episodes of This Week

Worst Episodes of This Week

Shows for Fans of This Week