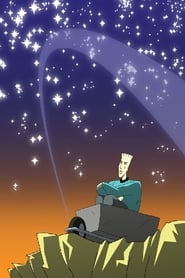 Captain Star was an animated television series starring Richard E. Grant as Captain Jim Star, based on a comic by Steven Appleby: Rockets Passing Overhead. Only thirteen episodes of thirty-minutes each were produced and aired. The series ran on the British ITV and Canadian TELETOON networks from 1997 to 1998. The show was also later repeated on Nickelodeon UK.

Shows for Fans of Captain Star