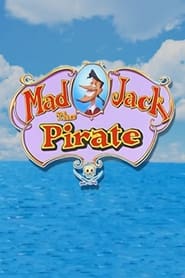 Mad Jack the Pirate is a short lived 1990s cartoon. The show was created by Bill Kopp and was directed by Jeff DeGrandis. On American television, the show was broadcast on Fox Kids. The concept is of the adventures of the rather unsuccessful and cowardly Pirate Jack who despite his failures never doubts his own excellence and his dim-witted anthropomorphic rat sidekick Snuk as they sail the seas on their ship the Sea Chicken. On July 23, 2001, Mad Jack and other properties of Saban Entertainment were sold to The Walt Disney Company.

Shows for Fans of Mad Jack the Pirate