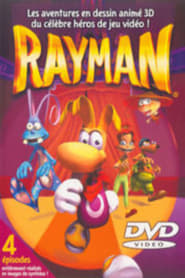 Rayman: The Animated Series, or The Rayman TV Series, is a French 3-D animated children's television series featuring the French video game hero Rayman. Created by Ubisoft and based on the Rayman adventure game series, the show was originally in French but was dubbed into various languages for foreign countries. Ubisoft was able to produce only four episodes and never managed to broadcast its episodes in the United States.

Shows for Fans of Rayman: The Animated Series