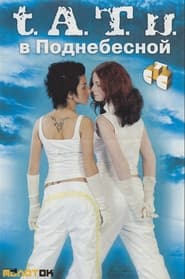 Podnebesnaya was a musical production company organized by producer Ivan Shapovalov. The project for Podnebensaya, with the same title, began in 2003 in Moscow, Russia. The main purpose of the production was to produce t.A.T.u.'s second studio album, however after a falling-out with Ivan, such production was ended. Shapovalov continued to work with other Russian artists including 7B, Helya, Ledokol, FlyDream and n.A.T.o.. A CD was released of this project in 2004, after t.A.T.u. split from Shapovalov. The CD was titled Podnebesnaya No. 1, and only featured one song by t.A.T.u., although the release capatalized on the fact that it was made during the reality show.

Best Episodes of T.A.T.U. In Underheaven

Worst Episodes of T.A.T.U. In Underheaven