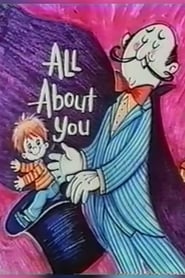 All About You was an educational television series that was syndicated to numerous educational and PBS stations during the early and mid-1970s, mainly as part of weekday in-school telecasts. The series was first produced at WHRO-TV, "Hampton Roads ETV", in Hampton, Virginia. In 1974, production of the series was moved to WGBH-TV Boston, where it was produced in association with WGBH's in-school television initiative, the "21-Inch Classroom". The 1974 episodes were distributed in the US and Canada by the Agency for Instructional Television; this is one of a few WGBH series to have not been distributed by NET or PBS.

Best Episodes of All About You

Worst Episodes of All About You

All About You Episode Guide