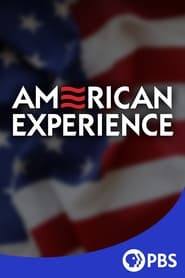 TV's most-watched history series brings to life the compelling stories from our past that inform our understanding of the world today.

Shows for Fans of American Experience