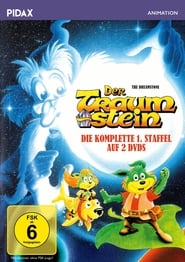 The Dreamstone is a British animated television series that ran for 4 series of 13 episodes each between 1990 and 1995. The original concept and artwork were created by Michael Jupp who would later create another cartoon show Bimble's Bucket. The series was produced by FilmFair as a Central production for ITV. In 1996 Filmfair was bought from the Caspian Group by the Canadian company Cinar, then it became Cookie Jar Entertainment, but then it became part of DHX Media. This resulted in DHX's ownership of the first two series, while a company called Dreamstone Productions Ltd. retain the ownership of the third and fourth series. The Dreamstone is set in an alternative world called the 'Sleeping World,' and concerns itself principally with the struggle between good, and evil.

Best Episodes of The Dreamstone

Worst Episodes of The Dreamstone

Shows for Fans of The Dreamstone