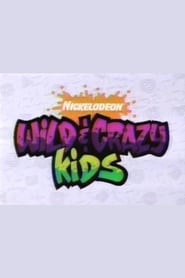 Wild & Crazy Kids is an American television game show in which large teams, usually consisting entirely of children, participated in head-to-head physical challenges on Nickelodeon. The show lasted for three seasons from 1990 until 1992 for a total of 65 episodes. Wild & Crazy Kids starred three teenage co-hosts with Omar Gooding and Donnie Jeffcoat, Annette Chavez in season 1 and Jessica Gaynes in seasons 2 and 3. In 2002, a revival was produced which lasted ten episodes and aired on Nickelodeon. It was hosted by Mati Moralejo of Nickelodeon Games and Sports.